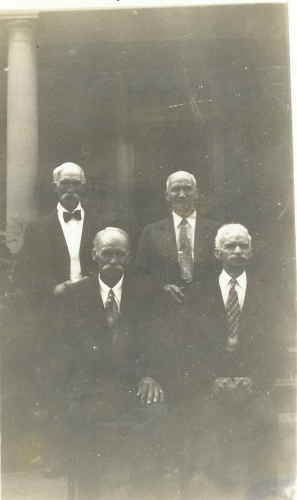 When the father of a fourth great-grandson of John Knapp and Agnes Trares Knapp wrote to me recently, I was reminded of when I was bitten by the genealogy bug.

This post is a shout-out to a Knapp cousin by marriage, Tommy Woodward, who (just like yours truly) is hunting down his spouse’s ancestors so that his son can know just as much about his mother’s Knapp, Moledor and Trares ancestors as he does his Woodward heritage.

Just in case you missed Tommy’s comment he made on the blog, here it is below:

I am very interested in your detailed accounts on the Knapp, Trades and Wise lines, I wish there was someone as dedicated doing my own family lines (with the exception of my maternal line Hayden I doubt anyone can come close). I am interested in your research for my son Curtis, he is of Knapp ancestry through his mother Ann Moledor Woodward. His grandfather was the late Lamar C Moledor, his father Carl Lewis Moledor, all who resided in Kent, then to Peter Moledor who moved there from Randolph; to Barbara Knapp who married John Knapp whose parents came over from Germany in 1831. So he is a fourth great grandson of John and Agnes Elizabeth Trades Knapp. I research his side on his mother’s side when I have time so his children and so on may have his maternal as well as my side. Look forward to future post, Tommy Woodward

The photo shown above is of the Moledor brothers: Philip, Adam, Henry and John — all sons of John Moledor and Anna Mary Berg. John Moledor was born in Hesse-Darmstadt, Germany on 11 Jan 1818 and died on 11 Apr 1876 in Randolph Township, Portage, Ohio. Anna Mary Berg was also born in Germany and died in June 1901. These are our immigrant Moledor ancestors.

This one is for Tommy and his son, Curtis. Happy ancestor hunting, guys!

Also: check the Reunion News tab for the latest updates about the 2015 Knapp Family Reunion!