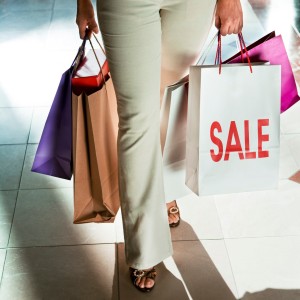 An interesting item I ran across in Dick Eastman’s Online Genealogy Newsletter is a story about former International Monetary Fund head Dominique Strauss-Kahn.

You may remember the news stories about him being accused of assaulting a hotel maid in New York City last spring. The charges against him were later dropped, but now a new book coming out in France about French politicians’ family history claims that Strauss-Kahn’s great-great-grandfather ran a brothel!

Well, all I can say is that you need to be careful when you’re researching family history because you just never know what you’ll discover.That’s why you have to take everything you learn with a grain of salt and a healthy dose of sensitivity.

Personally, I don’t care what my ancestors had to do in order to survive. Times were very difficult and it isn’t my place to judge them. After all, if they hadn’t have survived – I wouldn’t be here.

But, I believe you have to develop a certain sensitivity to this kind of information – and how other people feel about it.

After all, it may not bother you that great uncle Charlie was a horse thief or your great-great-grandmother ran off with a traveling salesman and bore a child out-of-wedlock, but you can bet some other member of your family won’t be so thrilled you’ve discovered this information. They will be even less thrilled if you decide to go public with it or share it with others.

So be sensitive to those kinds of feelings – but remember to value these “insights” into your family tree when you find them. Every family has its “skeletons” hanging in the closet, but they can teach you a lot about why your family says or does certain things. It helps to make sense of certain behaviors/attitudes/habits.

The book claims that Strauss-Kahn’s ancestor, Leon Bricot, was a violin teacher and also ran a hotel which (allegedly) was also a “maison close” (house of ill-repute). Later, Bricot died in prison after shooting and killing a soldier customer, according to this book.

Now, I am sure a lot of people will draw some conclusions about Mr. Strauss-Kahn’s recent troubles with his ancestor’s choice of occupation. While I don’t think I would jump to that conclusion, what I do know is this: sometimes what you find out during the course of your genealogical research can explain something you see in your family today.

A personal example – my father traded cars like most people changed their socks. My mom used to get frustrated with him because he bought/sold automobiles so frequently that she never knew what she would be driving from day to day.

It wasn’t until I researched my dad’s side of the family, specifically my grandmother’s Kennedy ancestors, that I understood my father’s compulsion to buy/sell cars so often. As it turns out, his Scottish immigrant ancestor founded a long line of horse traders! That’s what they did for several generations.

After that, it made perfect sense to me. Dad was just carrying on the family tradition – he must have had trading and haggling deep in his genetic makeup. Or he loved the thrill of the chase when trying to land that “great deal/trade.”

Perhaps that explains why I love a bargain so darn much…hmmmm….

You can read more about the book featuring French politicians’ genealogies at Eastman’s Online Genealogy Newsletter. The article contains a link to the English translation of the French newspaper article about it. The book examines the pasts of 89 French celebrities, including the President Sarkozy.

This entry was posted in Family History, Genealogy News and tagged Sarkozy, Strauss-Kahn. Bookmark the permalink.